The myna or mynah is a bird of the starling family, native to southern Asia, especially India. Family includes the Black-headed myna (Sturnus pagodarum), Common Hill Myna (Gracula religiosa) and the Pied Myna or Asian pied starling (Gracupica contra). The crested myna is native to south-eastern China and Indochina. Unlike other mynas, its bill is dull whitish, has a compact bushy crest on its forehead, and has red eyes. Of all the different species of mynahs, the hill mynah is the much prized, because of its exceptionally sweet chuckles and loud whistles.
See also: Bank myna, Common myna, Crested myna, Greater hill myna, Jungle myna 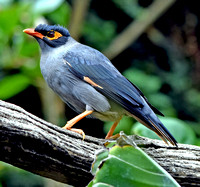 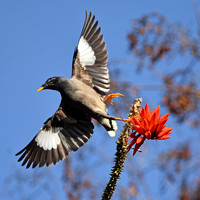 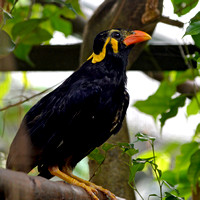 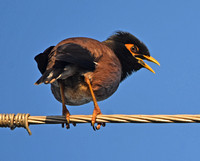 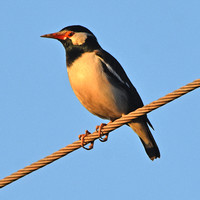