Peafowl include two Asiatic species - the blue or Indian peafowl originally of India and Sri Lanka and the green peafowl of Burma, Indochina, and Java, and one African species - the Congo peacock native only to the Congo Basin.
The green peafowl (Pavo muticus) differs from the Indian peafowl in that the male has green and gold plumage of more than 200 feathers with black wings with a sheen of blue. Unlike the Indian peafowl, the green peahen is similar to the male, only having shorter upper tail coverts, a more coppery neck, and overall less iridescence. It is also known as the Burmese peafowl, Green-necked peafowl, Java peafowl. 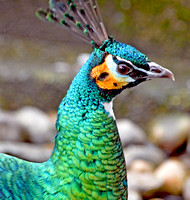 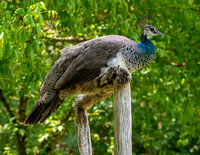 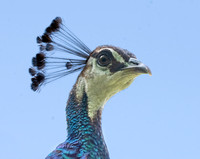 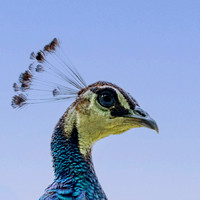 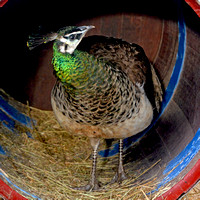 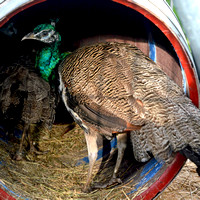