The word egret comes from the French word "aigrette" that means both "silver heron" and "brush", referring to the long filamentous feathers that seem to cascade down an egret's back during the breeding season. Egrets are any of several herons, most of which are white or buff, and several of which develop fine plumes (usually milky white) during the breeding season. Before they were protected by law the birds were nearly exterminated by hunters seeking their beautiful silky plumage used in millinery - in the 19th and early part of the 20th century hat makers in Europe and the United States demanded large numbers of egret plumes.
See also: Cattle egret, Great egret or great white egret, Little egret, Snowy egret 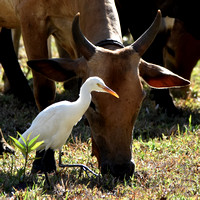 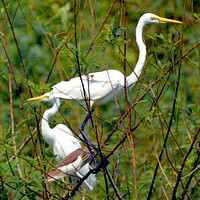 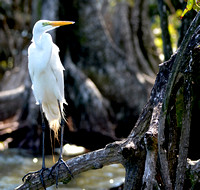 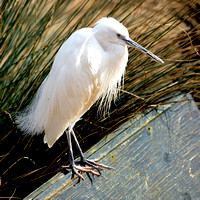 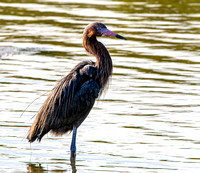