The Goldfinch (Carduelis carduelis ) is strikingly colourful with its mixture of red, white and black on the head, golden brown body and bright yellow wing bars. The male's red face extends slightly behind the eye. There are three species of goldfinches in the world - the European goldfinch, which is pictured here, plus the American goldfinch and Lawrence’s goldfinch. The popularity of goldfinches as a cage bird in Victorian Britain led to huge numbers being trapped to supply demand, causing the population to crash - the numbers caught in a year could be huge: in 1860, for example, 132,000 were reputed to have been taken at Worthing in Sussex. The collective name for goldfinches, a charm, is derived from the old English c’irm, describing the birds’ twittering song. Goldfinches rejoice in a number of old rural names including goldie, gold linnet, redcap, King Harry, and thistle finch. In fact, the scientitifc name of a goldfinch, Carduelis carduelis, is derived from the Latin for a thistle, Carduus. Male goldfinches have longer beaks than females, allowing them to feed on teasels, something the females seldom attempt.
See also: Lesser goldfinch 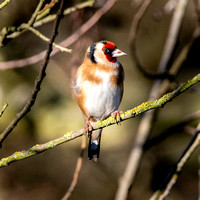 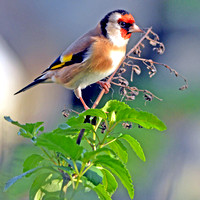 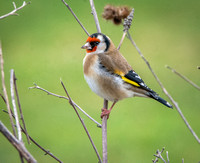 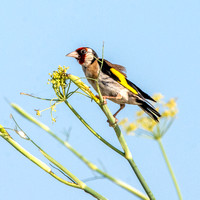 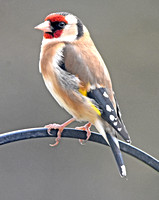 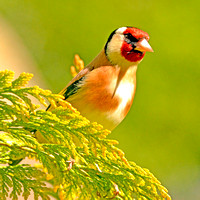 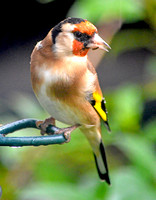 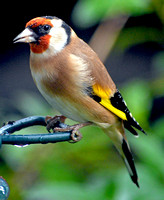 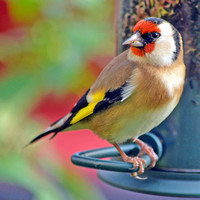 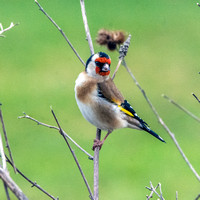 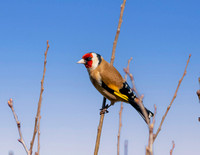