The redstart gets its name from the constantly flickering, fiery-red tail which the male fans out during courtship displays. The word start derives from the Anglo-Saxon steort meaning tail – so red steort, with its red tail, becomes redstart. Redstarts belong to the Chat Family. Males and females are different. These are insectivorous ground feeding birds, most of which have the red tail which gives the group its name.
See also: American redstart, Black redstart, Collared redstart, Common redstart, Daurian redstart, White capped water redstart 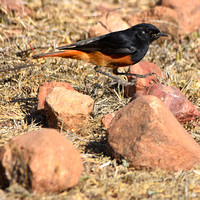 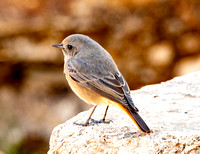 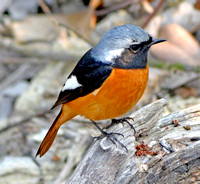