The drongos are a family of small passerine birds of the Old World tropics. These insectivorous birds are found in usually open forests or bush. Most are black or dark grey, sometimes with metallic tints. They have long forked tails, and some Asian species have elaborate tail decorations. They have short legs and sit very upright whilst perched, like a shrike. They tend to hunt by quietly perching before launching themselves after any unsuspecting insects that pass. Nesting high in trees, drongos can be very aggressive when defending their young and territories, even when faced with much larger birds such as cuckoo-hawks. Most drongos are black but there are three exceptions – the white bellied, the ashy, and the Philippines sub species Balicassiao mirabilis.
See also: Ashy drongo, black drongo. Fork tailed drongo, racket tail drongo, white bellied drongo. 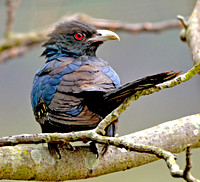 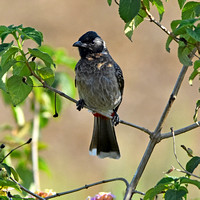 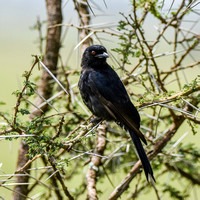 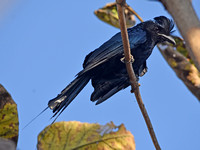 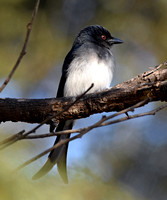