The western meadowlark (Sturnella neglecta) is not really a lark, it is part of the Blackbird family. Distinctively, on its chest it has a black V surrounded by bright yellow feathers and white steaks on the sides of its belly. It is usually a permanent resident throughout much of its range throughout the West and Midwest of the United States, but may migrate a short distance. The Western Meadowlark begins singing at daybreak and has a flute-like voice. It is usually found in a pair or groups feeding on the ground. it resembles the African Yellow throated longclaw due to convergent evolution, when two distantly related species independently develop a very similar trait. The markings of the yellow-throated longclaw are very similar to the American meadowlarks and live in similar habitats -- dry savanna, semi-arid prairies and grasslands -- and have a smilier diet -- they consume insects and nest on the ground.
See also: Eastern meadowlark, Yellow throated longclaw 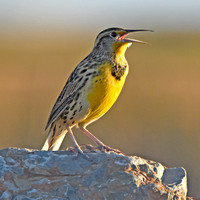 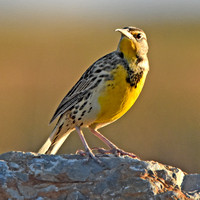 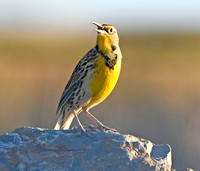 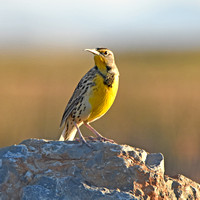 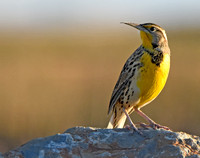 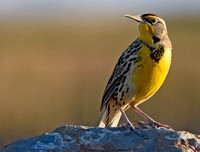 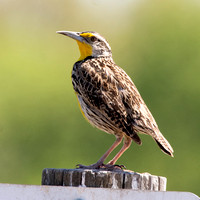 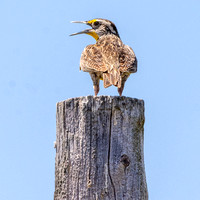