Weavers get their name from the elaborate nests that are woven by many species. There are hundreds of species of weaver living in Africa and Asia, in forest, swamps, steppes and savannas. Many breed along rivers, lakes and dams, but may move to savannas and steppes outside of breeding season. Passerines belonging to the family Ploceidae, male weaver birds construct their woven chambers during mating season, using them to attract prospective mates. Sometimes, after the male has completed the basic structure of the nest and a female has approved it, the female will help him to complete the nest.
See also: Baya weaver, Black headed weaver, Black necked weaver, Cape weaver, Lesser Masked weaver, Speckle fronted weaver, Speke's weaver, Village weaver, Vitalline masked weaver, White browed sparrow weaver, White headed buffalo weaver 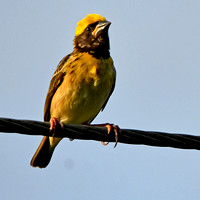 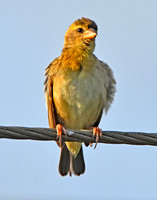 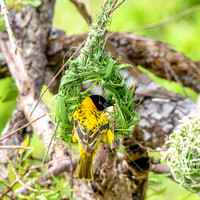 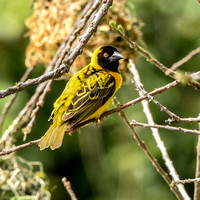 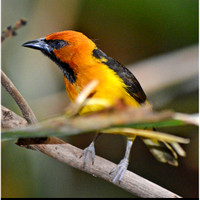 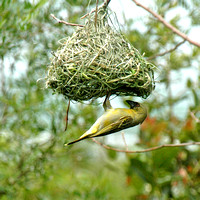 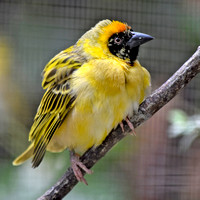 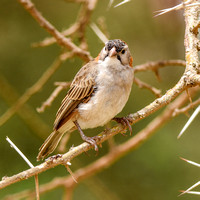 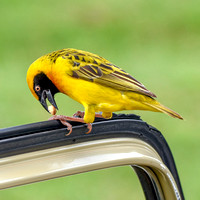 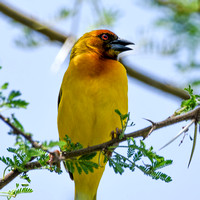 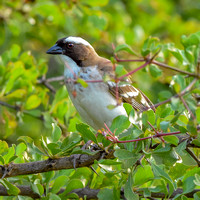