There are 26 species of bee-eaters, all of which have slender bodies and wings, consistent with their highly aerial lifestyle. These birds quickly dart out from one of several favourite perches to capture flying insects in their long, very pointed beaks. They consume almost any insect, but tend to focus on hymenopterans, especially honeybees, hence their name. Bee-eaters disarm stinging prey by first smacking it on a branch and then, with their eyes closed, they rub the insect on the branch to discharge its venom. Bee-eaters are mostly found in Africa and Asia but others occur in southern Europe, Australia, and New Guinea.
See also: Blue cheeked bee eater, Blue tailed bee eater, European bee eater, Little green bee eater, Southern carmine bee eater, White fronted bee eater, White throated bee eater 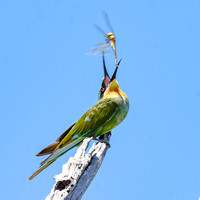 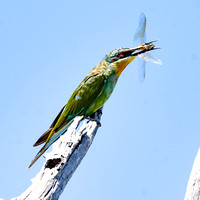 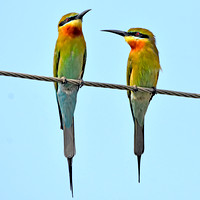 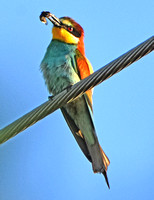 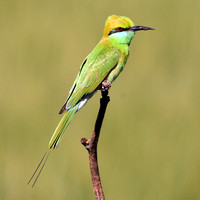 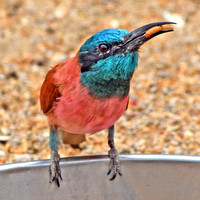 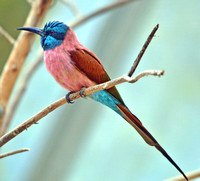 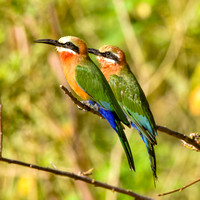 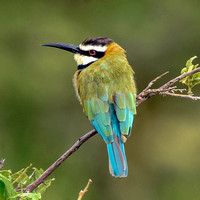 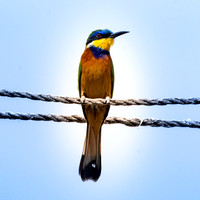 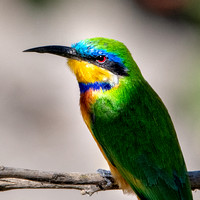