The common blackbird (Turdus merula) is a species of true thrush. It is also called Eurasian blackbird, or simply blackbird. Blackbirds are ground feeders pulling worms and pecking at insects and berries at the bottom of hedgerows. The blackbird is the most numerous breeding bird in the British Isles, with a population of around 6 million pairs – the European population has been estimated at between 38 and 55 million pairs, though they do not breed in Iceland. Blackbirds are what is known as sexually dimorphic, which means that the plumage of the female is completely different from that of the male. The song Sing a song of sixpence, a pocket full of rye, four-and-twenty blackbirds, baked in a pie was actually a coded message used to recruit crew members for the notorious 18th-century pirate Blackbeard.
See also: Red-winged blackbird, Brewer's blackbird, Melodious blackbird, Yellow headed blackbird, Yellow hooded blackbird, leucistic birds 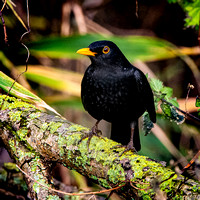 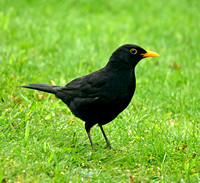 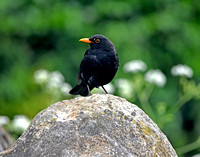 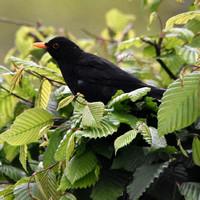 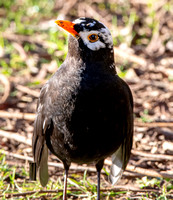 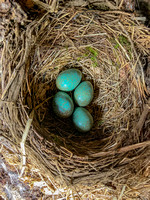 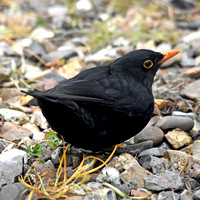