The common starling (Sturnus vulgaris) looks black at a distance but when seen closer they are very glossy with a sheen of purples and greens. Noisy and gregarious, starlings spend a lot of the year in flocks and are often found where ever there is food, nest sites and water - typically around cities and towns, and in agricultural areas. The only places they do not frequent are large expanses of woods, arid chaparral and deserts. Both males and females can mimic human speech. An estimated 1/3 to 1/2 of returning females nest in the same box or area in consecutive years. Starlings were introduced into North America from England in 1890 by Eugene Schieffelin. He and his friends were determined to introduce into the US all of the animals mentioned in the works of William Shakespeare. While some of their attempts failed, not so with the starling. The original 100 birds who were introduced are responsible for the hundreds of millions who exist in the US today. Starlings are widespread throughout all of North America and are common in cities.
See also: Starlings 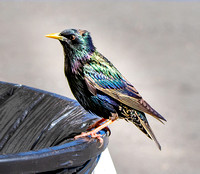 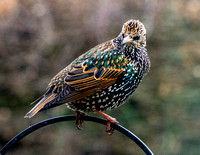 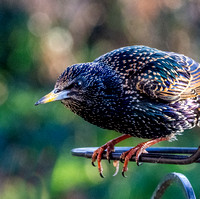 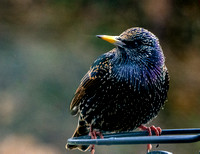 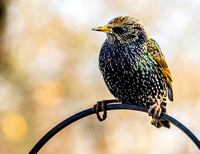 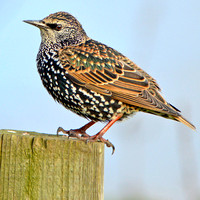 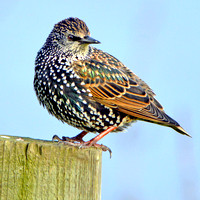 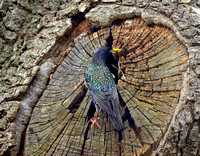 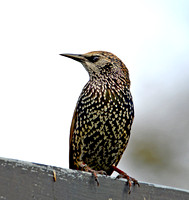 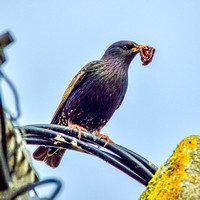