There are some 80 species of Barbets – tropical birds constituting the family Capitonidae (order Piciformes). Barbets are named for the bristles at the bases of their stout, sharp bills, which make them look as though they have beards. Barbet is the French diminutive of barbe, which means beard. They are big-headed, short-tailed birds, 9–30 cm (3.5–12 inches) long, greenish or brownish, with splashes of bright colours or white. The smallest barbets are known as tinkerbirds. The distribution of the family spans Central America to northern South America; sub-Saharan Africa; and Southeast Asia, eastward only to Borneo and Bali. All are nonmigratory. Barbets call loudly, jerking the head or tail; a male and a female may call alternately or together. Some species, such as the coppersmith (Megalaima haemacephala) of Asia and the African tinkerbirds of the genus Pogoniulus, are noted for their ringing calls. Maddeningly vocal or repetitious species are sometimes called brain-fever birds.
See also: Bearded barbet, Brown headed barbet, Coppersmith barbet, Crested barbet, Red and yellow barbet, White cheeked barbet 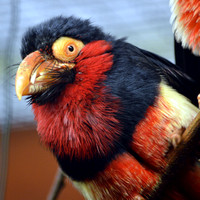 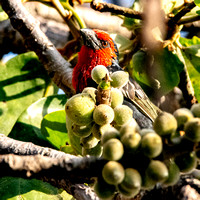 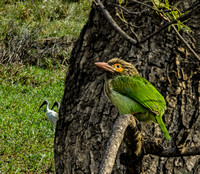 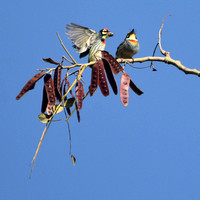 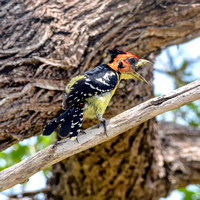 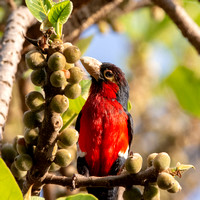 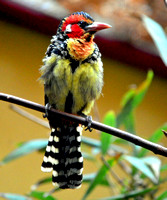 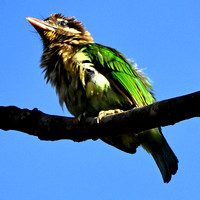