The curlew (Numenius arquata) is the largest European wading bird, with a wing span of up to 106 centimeters (42 inches). Its name is derived from its 'curloo-oo' call. It breeds in wet grasslands and moorlands. A curlew is about the same size as a female pheasant. The haunting sound of the curlew's display call is unmistakeable, and is as much a sign of spring as the arrival of the first swallows or the earliest cuckoo’s calls. There are eight species of curlew which can be found from central and southern Europe and Asia to parts of Africa. A group of curlews is called a "curfew", "salon", or "skein" of curlews.
See also: Curlew sandpiper, Long billed curlew, Stone curlew. 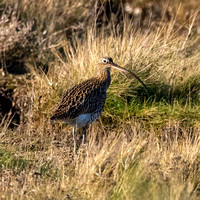 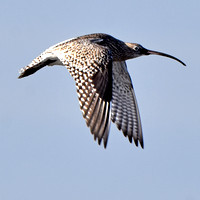 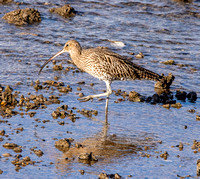 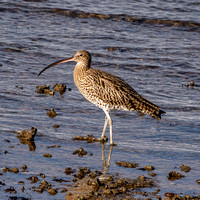 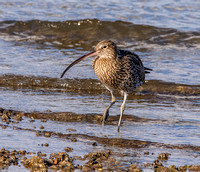 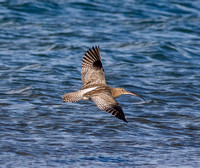 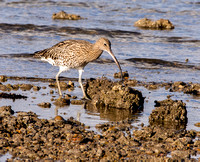