Crows (Corvus brachyrhynchosare) members of a widely distributed genus of birds, Corvus, in the family Corvidae. Crows have shiny jet black plumage with curious eyes, hoping gait, and a remarkable level of intelligence. Admonished as ill-omen, bad luck, or representation of evil – for example, seeing a single crow is very unlucky. two crows mean good luck – crows perform some astounding feats with their cleverness and dexterity. Their level of intelligence sets them apart from other birds! With more than 120 species, crows thrive in almost all the continents, other than Antartica. “Cawing” is the sound they make, and they have a sophisticated form of communication language. Crows roost at night in large flocks of up to several thousand during the winter. During the day, smaller groups may fly up to fifty miles in pursuit of food.

The hooded crow (Corvus cornix) is closely related to the carrion crow, which until recently was regarded as the same species. They all have strong, scaly feet, and stout (or downcurved) bills, mostly with a small patch of bristly feathers covering the nostrils.
See also: African Pied Crow, Carrion crow, Fish Crow, Indian House Crow. 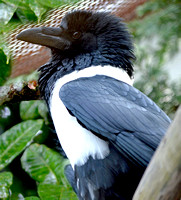 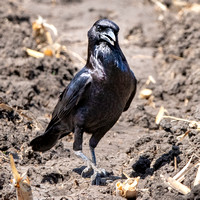 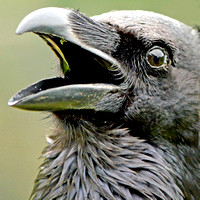 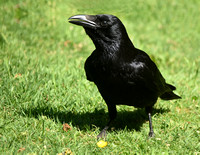 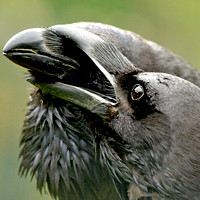 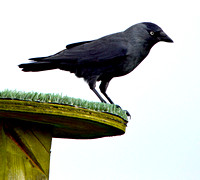 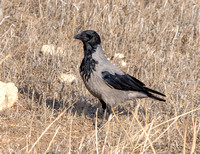 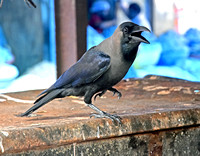