The cormorant (Phalacrocoracidae), a member of the pelican family, has an almost primitive appearance with its long neck making it appear almost reptilian. The family Phalacrocoracidae is represented by some 40 species of cormorants and shags. They are seen in Europe, Africa, Asia, eastern North America & Australia – often on coasts as well as inland around lakes and rivers. Cormorants can dive 120 to 300 feet deep and are such excellent fisherbirds that cormorant species in Asia have been trained to catch fish for people. For every seven fish they catch, the cormorant gets to eat one. There are approximately 37 cormorant species. Cormorants do not have waterproof feathers – they have feathers that are easily waterlogged to help them sink and dive faster. They then sit on rocks with their wings spread out drying their wet feathers.
See also:
Great Cormorant, Neotropic cormorant, Reed cormorant 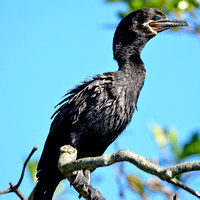 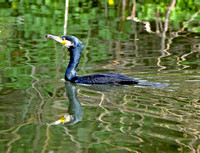 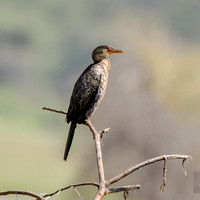 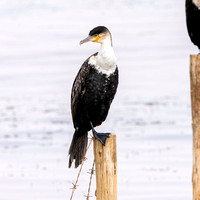 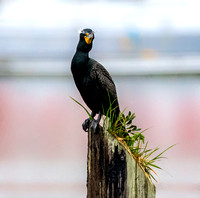 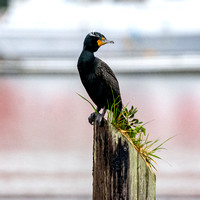