Shelducks (Tadorna tadorna) and sheldgeese inhabit every continent except North America and Antartica but are mainly found in the southern hemisphere. Unlike most ducks, sexes are similar, although female rather duller and lacks knob at base of bill. Its scientific name comes from Celtic roots and means pied waterfowl, essentially the same as the English shelduck. They were originally known as sheldrakes – this remained the most common name until the late 19th century. The common shelduck (Tadorna tadorna) is widespread in Eurasia.
See also: Australian shelduck, Common shelduck, Paradise shelduck 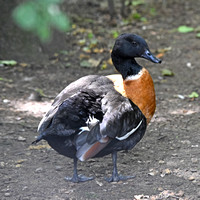 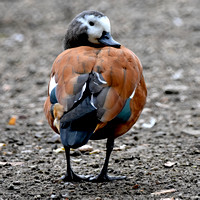 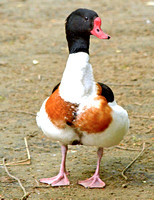 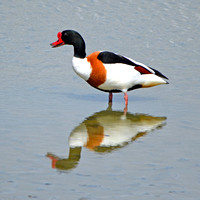 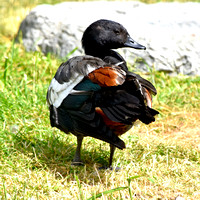 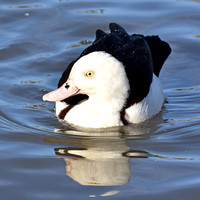