Rollers get their name from their impressive courtship flight, a fast, shallow dive from considerable elevation with a rolling or fast rocking motion, accompanied by loud raucous calls. Lilac-breasted rollers (Coracias caudatus) – the national bird of Botswana and Kenya – will perch on dead trees, surveying the area for prey. One typical aspect of their behaviour is that they also prey on animals fleeing from bush fires. A swift flier, they indulge in acrobatics during the breeding season. They actually breed 'on the wing'. They live in pairs or small groups, but are often seen alone. Their call is a loud harsh squawk, 'zaaak'. They are partly migratory, but in some areas they are sedentary. To feed they swoop down from an elevated perch next to their prey and eat it on the ground or return to a perch where they batter it before swallowing it whole. They are territorial, also defending temporarily small feeding territories; hence individuals are regularly spaced along roads. They drive off many species from near their nest hole, even after breeding. Widely distributed in sub-Saharan Africa and the southern Arabian Peninsula, preferring open woodland and savanna, they are largely absent from treeless places.
See also: Indian roller 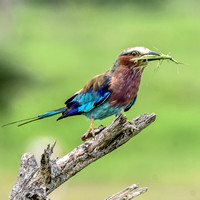 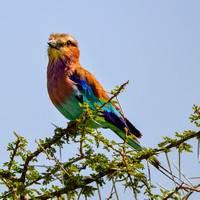 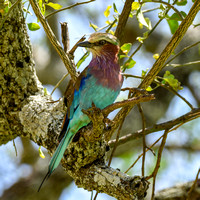 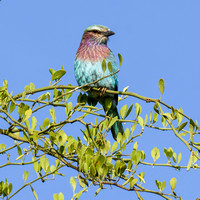 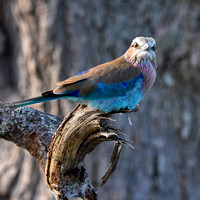 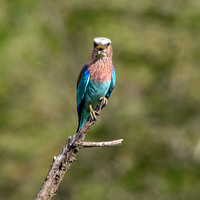 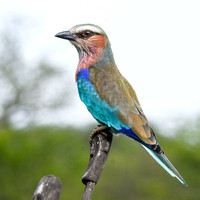 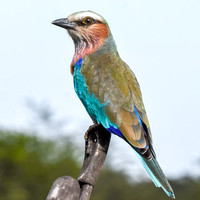 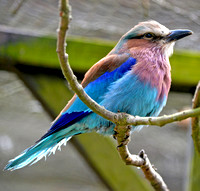 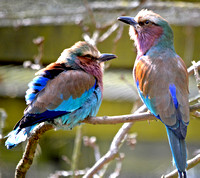