Terns - nicknamed sea-swallows – are seabirds in the family Laridae that have a worldwide distribution and are normally found near the sea, rivers, or wetlands. A subgroup of the family Laridae – which includes gulls and skimmers and consist of eleven genera – they are slender, lightly built birds with long, forked tails, narrow wings, long bills, and relatively short legs. There are two main groups, the ‘sea’ terns (not always strictly marine), which look pale grey and white except for a black cap in summer, have long tail streamers and dive to catch fish, and the ‘marsh terns’, which are blunt-tailed, almost black underneath in summer, and dip to pick their food from the surface without diving.
Most species are pale grey above and white below, with a contrasting black cap to the head. They are summer visitors to Europe, spending the winter off the coast of Africa or further afield in the Southern Hemisphere.
See also:, Arctic Tern, Common Tern, Inca Tern, Little tern, River tern, Royal tern, Sandwich tern, Whiskered tern 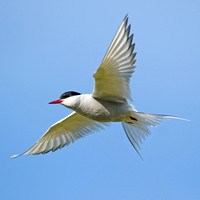 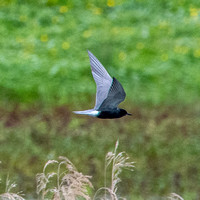 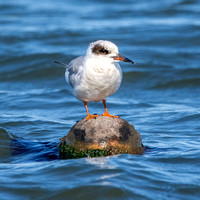 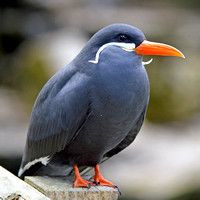 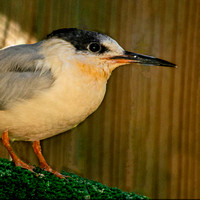 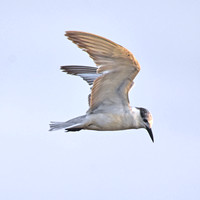