The northern mockingbird (Mimus polyglottos) is the only mockingbird commonly found in North America. Mimus polyglottos means "many-tongued mimic" in Latin, which refers to the ability of bird to produce numerous calls and mimic various birds, animals and artificially made sounds (such as car alarms). The Northern mockingbird is covered with grey plumage on dorsal side of the body and pale grey or white plumage on ventral side of the body. Tail is black and has white outer feathers. Wings are covered with two white bars that become prominent during the flight. Northern mockingbird has short, straight, black bill, eyes are yellowish green, yellow or orange, and it has long legs.
See also: Tropical mockingbird 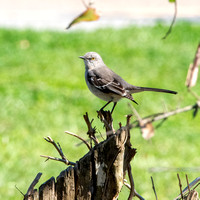 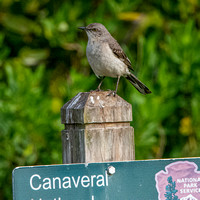 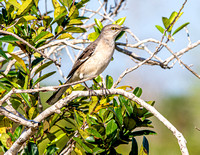 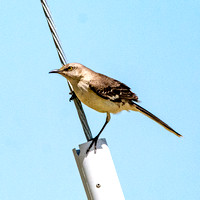