Magpies are birds of the Corvidae (crow) family, including the black and white Eurasian magpie, which is considered one of the most intelligent animals in the world, and the only non-mammal species able to recognise itself in a mirror test. From a distance the Magpie (Pica pica) is a black and white crow with a long tail. The tail accounts for over half the total length of the bird. Close-up its black plumage has a purplish-blue iridescent sheen to the wing feathers, and a green gloss to the tail. Magpies have always been surrounded by superstition, and there are many versions of the poem that begins: One for sorrow, two for joy… A magpie looks much bigger than it is: the tail makes up half the bird’s length. Magpies have a reputation as thieves out to steal your shiny jewelry or take ornaments from your garden, but research shows that objects that are shiny probably repel magpies who don’t much like the look of them. Magpies belong to the bird family corvidae, a group that includes crows, ravens, rooks, jackdaws and jays, as well as lesser recognised members like treepies, choughs and nutcrackers. Adult males and females are alike.
See also: Australian magpie, Azure winged magpie, Red billed blue magpie, White throated magpie jay 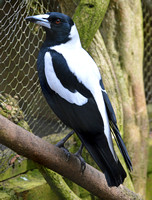 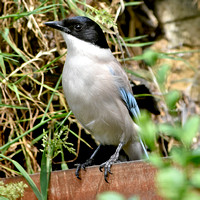 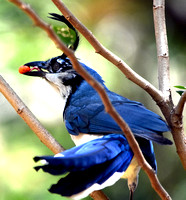 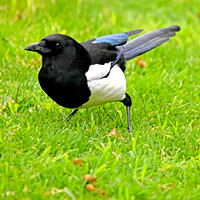 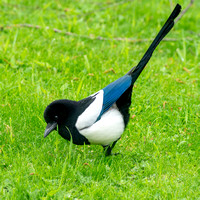 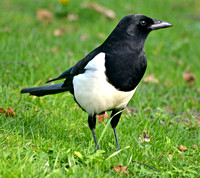 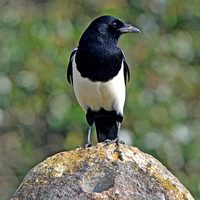 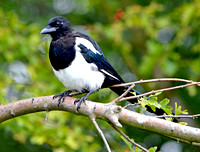