The grey catbird (Dumetella carolinensis) is named because of the peculiar mewing sound it produces – it also mimics vocalisation of other birds, tree frogs and various mechanical sounds. It is able to produce up to 100 different sounds. It is a medium-sized northern/central American perching bird of the mimid family and are plain lead grey almost all over. The grey catbird song is a medley of coarse notes, high squeals, and snatches of song mimicked from other birds. More often heard than seen, the grey catbird is a shy thicket-dwelling bird that is fairly common in scrublands, edges of forests, areas covered with thick thorny vegetation and vines, abandoned orchards and suburban areas.
See also: Grey (gray) catbird 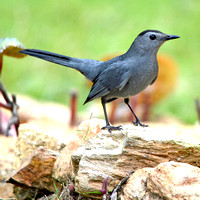 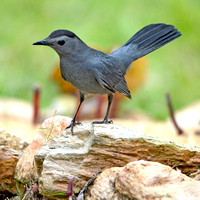 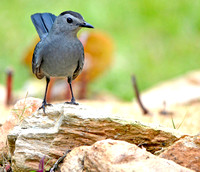