The Eurasian Hoopoe (Upupa epops), whose hoopoo sound is unmistakable, is a colourful bird found across Afro-Eurasia, notable for its distinctive "crown" of feathers. Formerly considered a single species, the hoopoe has been split into three separate species: the Eurasian hoopoe, Madagascan hoopoe (Upupa marginata) and the African hoopoe (Upupa Africana). It has a a long black downcurved bill which enables it to dig for insects. It also eats small reptiles, snails, frogs, seeds, berries and other types of plant materials. The hoopoe has a long pinkish-brown crest which it raises when excited. Territory is usually populated with a single mating couple.
See also: Green wood hoopoe 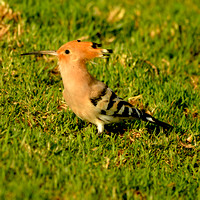 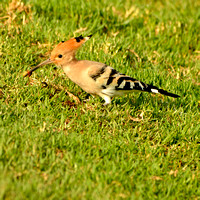 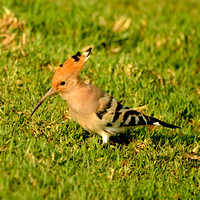 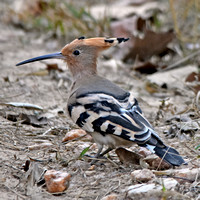 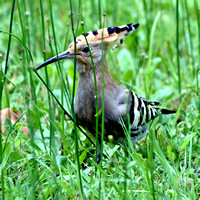 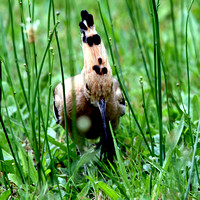 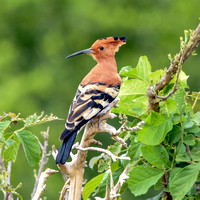 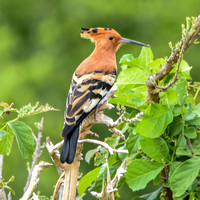