Oxpeckers are named for their habit of perching on large mammals (both wild and domesticated) such as cattle, zebras, impalas, hippopotamuses, or rhinoceroses, and the giraffe, eating ticks, small insects, botfly larvae, and other parasites. There are two species of oxpecker: red-billed and yellow-billed. They can be found only in the Sub-Saharan Africa. They were nearly extinct in the wild at the beginning of the 20th century due to excessive hunt of buffalos and rhinos (which are their main hosts) and arsenic poisoning. After several years of breeding in captivity, oxpeckers were returned to the wild. The bills are pointed as well as laterally compressed which helps the birds work their way through the coats of the mammals in a comb-like fashion and to pry out well embedded parasites.
See also: Red billed oxpecker, Yellow billed oxpecker 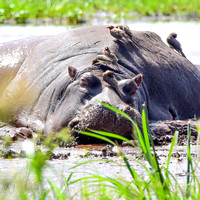 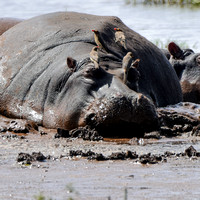 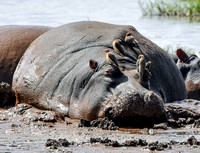 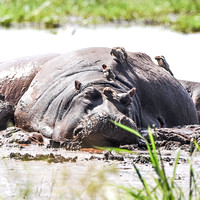 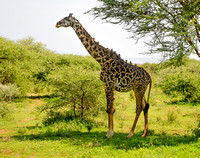 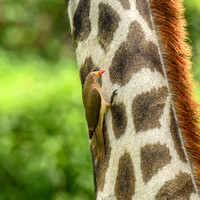 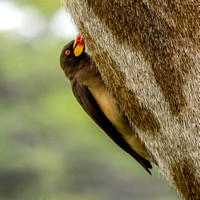 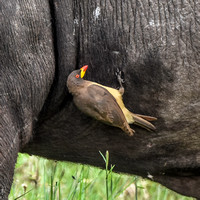