The best-known is the common pheasant (Phasianus colchicus) which is widespread throughout the world in introduced feral populations and in farm operations. Common Pheasants, also known as Ring-Necked Pheasants, are renowned for the striking plumage of the male. They have a white ring on their neck, with a maroon breast and long golden brown tail feathers with dark brown bars. The tail of the common pheasant can account for half its total length. Pheasants prefer to run when they sense trouble. However when startled, they can burst upwards from their cover, flying away at speeds of up to 50 miles per hour. Pheasants do not have sweat glands. They will pant like dogs in order to eliminate excess body heat.
See also: Common pheasant, Brown eared pheasant, Cheer Pheasant, Edward’s pheasant, Golden pheasant, Grey peacock pheasant, Himalayan Monal, Lady Amhert’s pheasant, Siamese Fireback Pheasant, Silver pheasant, Swinhoe pheasant, Tragopans, White eared pheasant 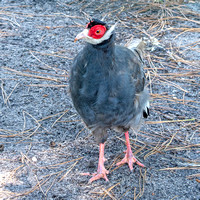 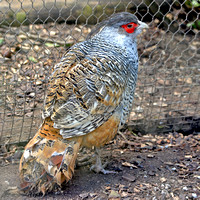 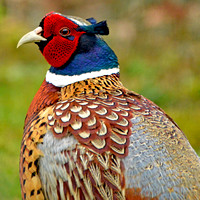 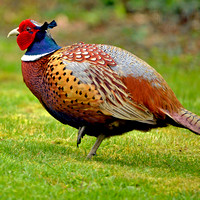 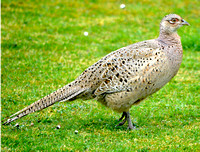 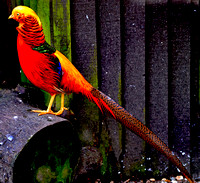 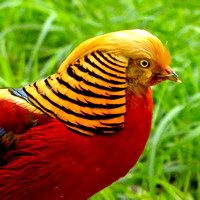 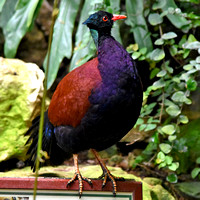 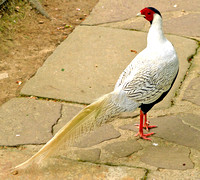