There are more than 40 different species of falcon (Falconiforme). They are related to hawks and eagles and can be found worldwide on every continent except Antarctica. This makes them the most widespread raptor and one of the most widely found bird species – although falcons tend to prefer the more temperate regions of the Northern Hemisphere. Falcons have been recorded diving at speeds of up to 200mph. They range in size from the falconets at 6 inches (15 cm) long to the Arctic gyrfalcon at 24 inches (60 cm).
See: Lanner falcon; Peregrine Falcon; Orange breasted falcon; Red necked falcon, Saker falcon 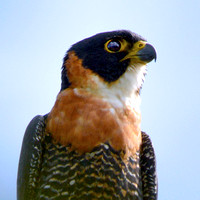 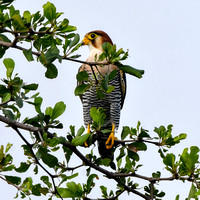 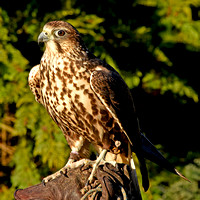