The turkey is a large bird in the Meleagris genus, which is native to the Americas. Male turkeys are called gobblers, because they are the only ones that can make the gobbling sound. Females are called hens. Turkeys can sport multiple beards – the hairlike bristles that grow from the chests of male turkeys (or gobblers) and some hens are actually specialised feathers called meso filoplumes that grow from a single follicle. Wild turkeys can fly for short bursts. A turkey's wishbone dates back more than 150 million years to a group of meat-eating dinosaurs that includes T. rex and Velociraptor. Turkeys prefer to sleep perched atop tree branches, where they are safe from predators
See also: Ocellated turkey, Wild turkey 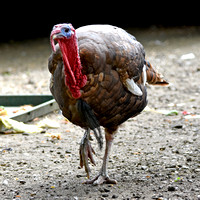 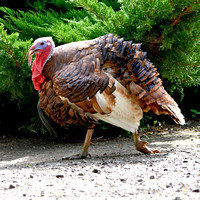 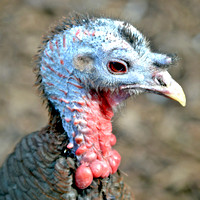 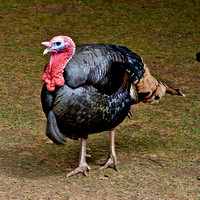 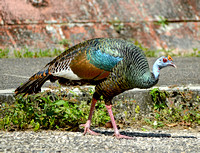